Look it up in a dictionary”, I said 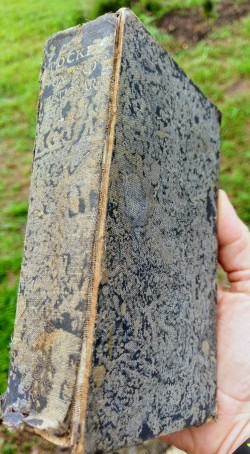 Dictionary, it’s a book that has every word in it

Yeah but just words and their definitions

A dictionary is a book that lists all the words in a language and their meanings, usually in alphabetical order. It can give the equivalent word in another language as well as their usage and examples. A dictionary can also give you the pronunciation, origin and grammatical usage whether it is a noun, verb, particle, conjunction, preposition, adjective or adverb.

It’s a doing word describing an action but I suggest you look it up……….. in a dictionary.

Here, use my pocket dictionary.

You must have big pockets.

Well that dictionary won’t fit into anyone’s pockets that I know but my smartphone does. Why is it called that?

Nothing. It seems even Google can’t answer everything.

Look! Here! In my Pocket Oxford Dictionary under pocket it says pocketbook a small case for papers

I can do that without a dictionary and this one was written before the internet existed so no Google.

2 thoughts on “The Dictionary”